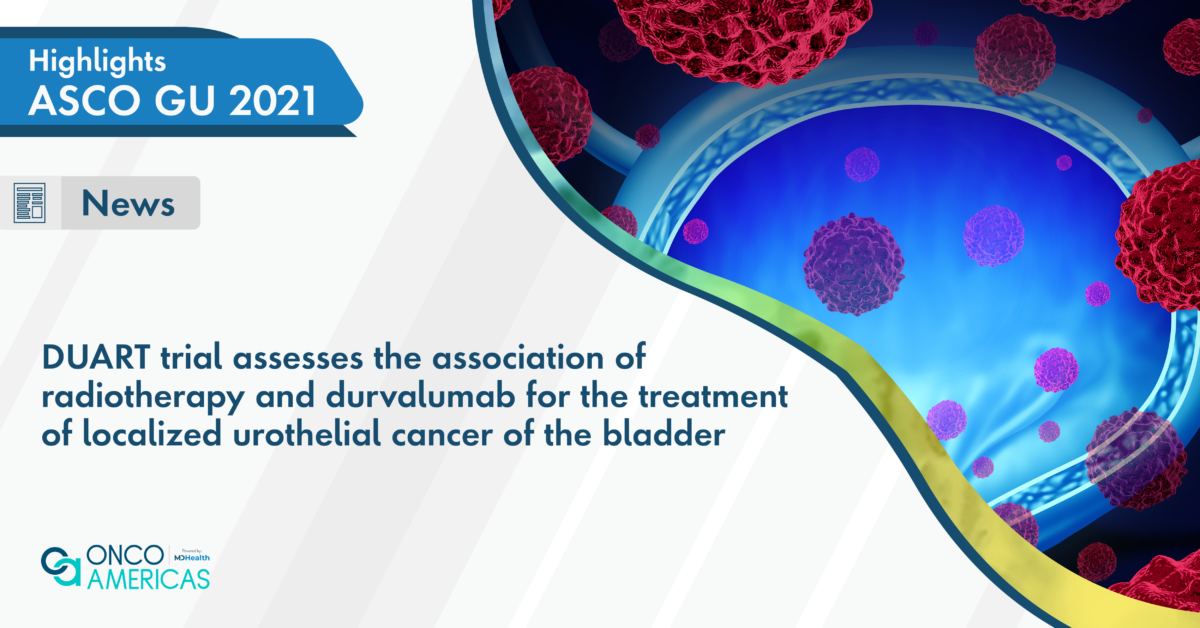 Patients with locally advanced or unresectable bladder cancer, ineligible for cisplatin or not candidates for surgery, have limited treatment options. Immunotherapy associated with radiotherapy has been analyzed in DUART and EA8185 trials (ECOG-ACRIN/NRG study)

During the 2021 Genitourinary Cancers Symposium, preliminary results of DUART, a phase II trial, which investigates the safety and effectiveness of the combination of radiotherapy (RT) with durvalumab, a PD-L1 inhibitor, were released.

Patients with pure or mixed bladder urothelial cancer (T2-4 N0-2 M0) were enrolled if: the tumor was unresectable (35%); they were not suitable for surgery (50%); and/or ineligible for cisplatin (89%). The primary outcomes were progression-free survival (PFS) at one year and the post adjuvant disease control rate (DCR) of durvalumab. Secondary outcomes included complete response post-durvalumab + radiotherapy (RT) and median for PFS and overall survival (OS).

Participants were treated with durvalumab (1500mg) every four weeks with two doses with definitive RT (total of 64.8Gy for 36 fractions over seven weeks) for the bladder and lymph nodes involved, followed by adjuvant durvalumab, every four weeks for a period of one year. The response was evaluated with tomography and cystoscopy plus biopsy.

Twenty-six patients (19 men and 7 women) were enrolled, with a mean age of 74 years. 62% of participants had disease > T2; 31% had compromised lymph nodes; 62% had an unresectable tumor or were not suitable for surgery due to comorbidities.

In the cutoff date, 20 out of 26 patients were evaluated for adjuvant post-durvalumab DCR:

Additionally, 25 of the 26 were assessed for PFS and all 26 for OS. After completing adjuvant durvalumab, DCR was observed in 70% (14 of 20 patients, 10 complete responses; three partial; one case of stable disease; and six of disease progression).

The authors conclude that the association of durvalumab with RT followed by adjuvant durvalumab showed promising efficacy, with a probability of PFS and OS in one year of 73% and 83.8%, respectively, as well as 70% DCR in patients with comorbidities, who have locally advanced urothelial carcinoma of the bladder. Efficacy was also observed in patients with lymph node involvement. 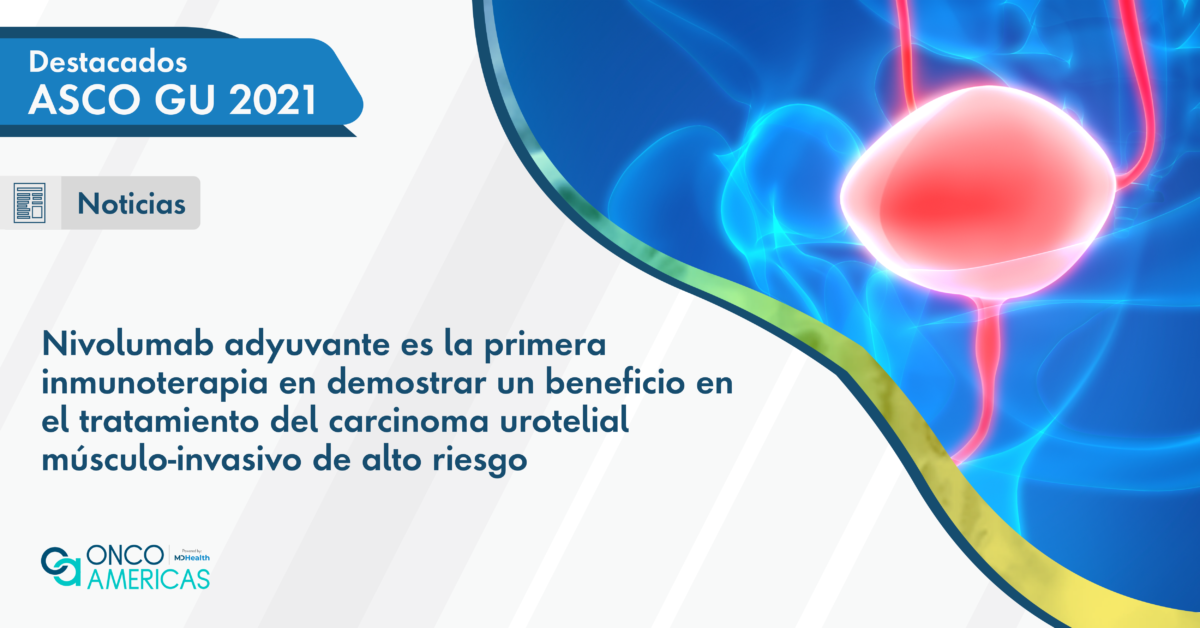 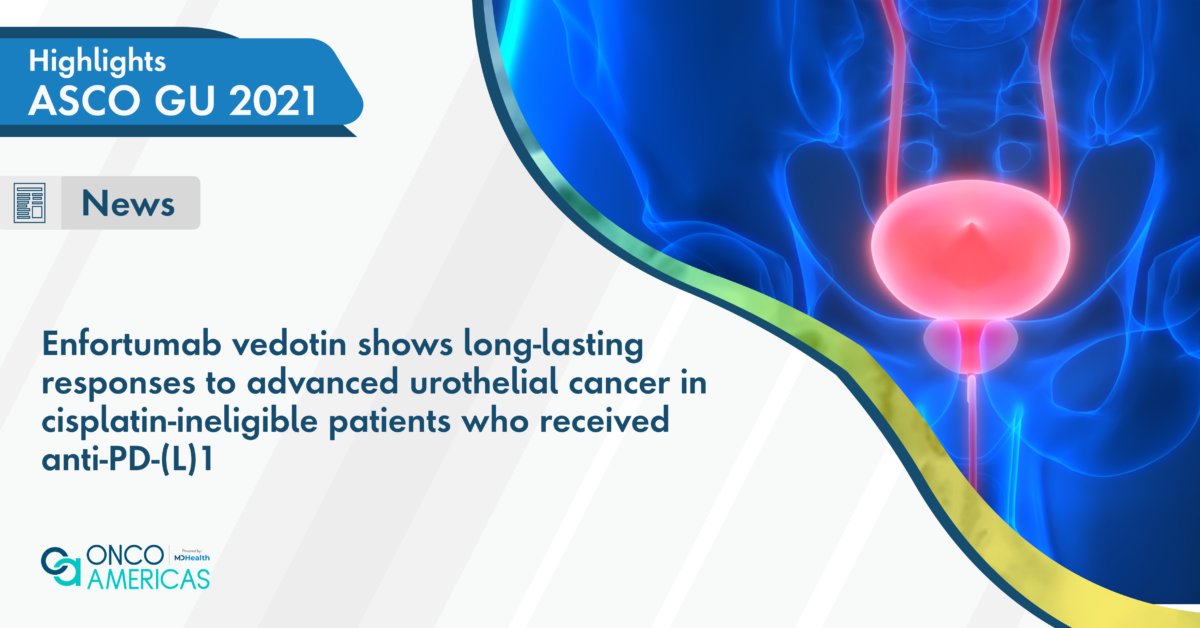 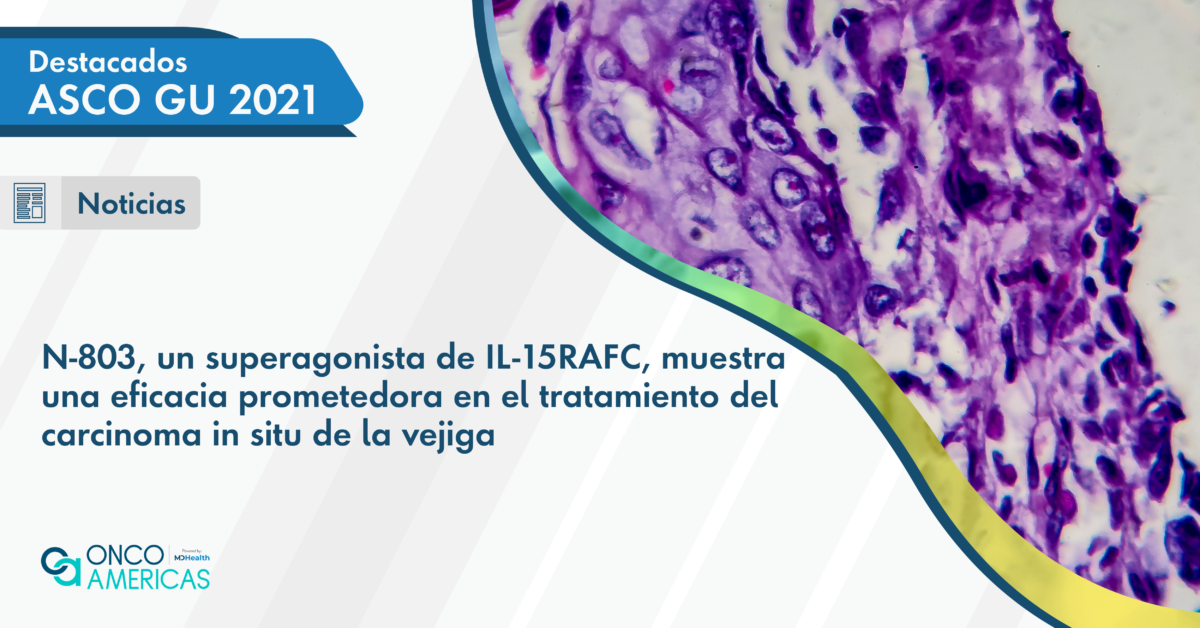 N-803, a superagonist of IL-15RαFc, shows promising efficacy in the treatment of bladder carcinoma in situ