Cancer hallmarks are a tool for understanding the vast complexity of cancer phenotypes and genotypes. As knowledge of cancer mechanisms has progressed, other facets of the disease have emerged as potential refinements, which are presented in this recently published work.

In the year 2000, Hanahan and Weinberg proposed, for the first time, six main characteristics, which would be a set of functional capabilities acquired by human cells as they undergo a process of neoplastic transformation. More specifically, they are crucial capacities for the formation of malignant tumors. Later in 2011, another four features were added. Two of them were considered as “emerging characteristics” (reprogramming of cellular metabolism and evasion of the immune system); however, it is now evident that these characteristics, as well as the original six, can be considered major hallmarks of cancer. The other two traits (genomic instability and tumor promotion of inflammation) were portrayed as enabling traits. These are consequences of the aberrant condition of the neoplasm that provide means by which cancer cells and tumors can adopt functional capabilities, that is, reflect on the molecular and cellular mechanisms by which functional characteristics are acquired (Figure 1, left).
Within this context, a question led the author to update the concept of the Cancer Hallmarks: “Are there additional features of this conceptual model that can be incorporated, respecting the need to ensure that they are broadly applicable across the entire spectrum of human cancers?”. In this way, the author proposes, in this work, new functional and enabling characteristics that can, over time, be incorporated as central components of cancer hallmarks. These characteristics are “unlocking phenotypic plasticity”, “non-mutational epigenetic reprogramming”, “polymorphic microbiomes” and “cellular senescence” (Figure 1, right).

With the advent of genomics and cancer studies, and the advancement of the identification of mutations throughout the genome of human cancer cells, it was observed that mutations in genes that organize, modulate and maintain the chromatin architecture and, thus, globally regulate the expression are increasingly detected and functionally associated with cancer characteristics. Non-mutational epigenetic reprogramming reflects changes in gene expression that are purely regulated by epigenetic factors. There is scientific evidence that epigenetic modifications contribute to tumor modulation by the tumor microenvironment, tumor heterogeneity, and regulation of stromal cells in the tumor microenvironment. In short, non-mutational epigenetic reprogramming is postulated as an enabling feature that serves to facilitate the acquisition of functional capabilities.

Several studies try to discover whether microbiota residing in different tissues or in neoplasms have the ability to contribute or interfere with the acquisition of other functional capacities, in addition to immunomodulation and genome mutation. In recent years, functional studies have established that there are protective and tumor-promoting microbiomes involving specific bacterial species. The mechanisms by which the microbiota confers these modulatory roles are still being elucidated, but two general effects can be highlighted. The first effect is the mutagenesis of the colonic epithelium, due to the production of bacterial toxins and other molecules that damage DNA and its replication process directly or indirectly. In addition, bacteria have the ability to produce molecules that mimic extracellular proliferative signals, and signals that direct cell senescence, favoring the tumorigenesis of colonic epithelial cells. Beyond the colon, microbiomes can generate a broad effect involving the modulation of the adaptive and innate immune system through multiple pathways, including the production of “immunomodulatory” factors by bacteria.

Cell senescence is a typically irreversible form of cell proliferative stop, which likely evolved as a protective mechanism to maintain tissue homeostasis. Cell senescence has long been seen as a protective mechanism against neoplasia, however, growing evidence reveals that, in certain contexts, senescent cells stimulate tumor development and malignant progression. The main mechanism by which senescent cells promote tumor phenotypes is believed to be the senescence-associated secretory phenotype (SASP), which is capable of paracrine transmission to viable cancer cells in the vicinity as well as to other cells in the tumor microenvironment, signaling molecules that can modulate other functional characteristics of cancer.
The considerations presented in this study suggest that there may be new facets of some generality and, therefore, of relevance for a more complete understanding of the mechanisms and manifestations of cancer, and that, thus, this knowledge is applied to the discovery of new therapies for the disease. 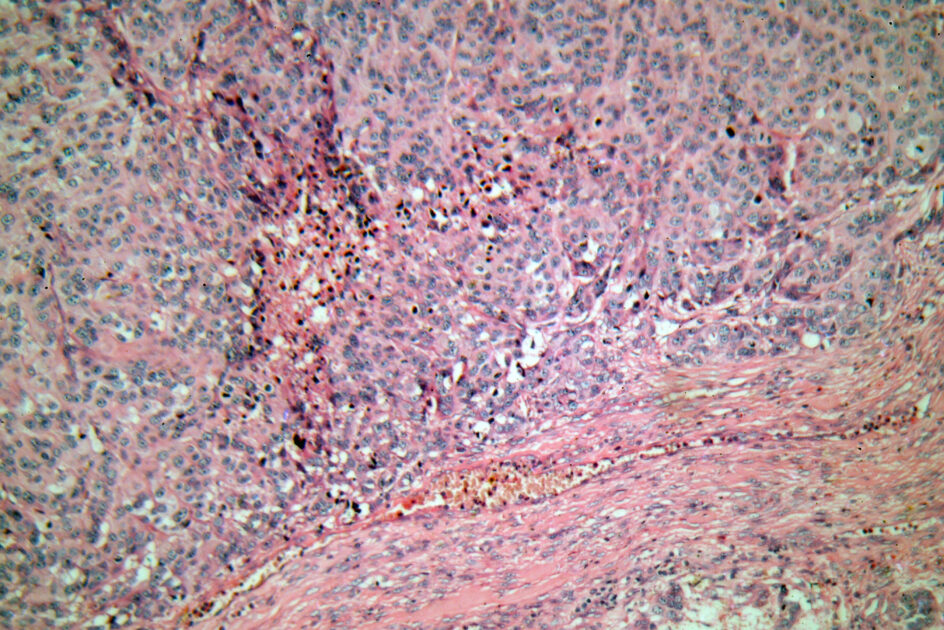